The Best Views of Manchester’s Skyline 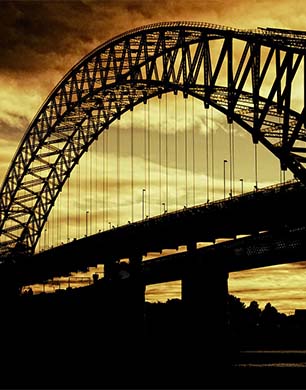 While British cities don’t have quite the same verticality as some of the skyscraper-strewn metropolises in other countries, that doesn’t mean that there aren’t some incredible skylines to be taken in. Among the best of them is in Manchester, where you’ll get that pleasing blend of classic style and modern ingenuity. Fortunately, there’s no shortage of viewpoints from which to enjoy the city, including all the public attractions and high-rise serviced apartments Manchester has to offer.

Many of the city’s major attractions are closed as the city goes into a period of self-isolation. But that won’t last forever! So where are the best views of Manchester to be found? Let’s take a look.

On the twenty-third floor of Beetham Tower, Cloud 23 provides spectacular views across a city that’s constantly changing. It’s upmarket, stylish, with a sense of freedom that’s impossible to replicate from ground level. From this height, you’ll not only see the city and the busy intersection far below; you’ll also see the countryside far in the distance – provided, of course, that you pick a clear enough day to see everything.

The Imperial War Museum’s north building stands out from a mile away, thanks to its distinctive, spiky architecture. It was designed to be unsettling, so as to convey the horror of the subject of war. From the top, you’ll get an amazing view across the city.

This 280-foot tower is the sixth tallest structure in the city, and packs a whopping 23 bells. You’ll have to wait a little longer to get a tour of the town hall clock tower, as there’s repair work ongoing here until 2023. The wait is sure to be worth it! One thing that is worth considering, however, is that this particular view can only be attained after you’ve climbed quite a few stairs – so be sure that you keep yourself in good condition in the meantime.

If you’re looking for something truly hedonistic, it doesn’t get much swankier than the Epernay Champagne Bar, right at the heart of the city centre. It comes with great views, and an amazing selection of champagne-fuelled cocktails.

Following the trend of naming a restaurant after the floor it’s on is the 20 Stories restaurant, at No.1 Spinningfields. Here, you’ll find a fantastic view over the city, as well as a varied menu. There’s afternoon tea to be had here, as well as lunch, a la carte, and pre-theatre dining options. To top everything off, there’s even a terrace, so you’ll have that sense of being on top of the city as never before!