Places to Visit and Things to Do in Hexham 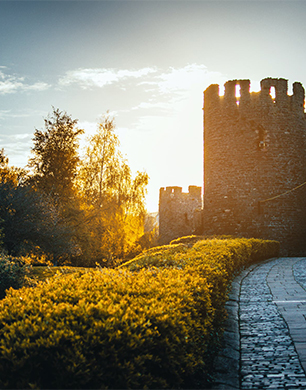 Hadrian’s Wall stands at the northern limit of the ancient Roman empire. It passes close to Hexham and it has been designated a UNESCO world heritage site. The wall is thought to have been constructed around the second century and it was a massive undertaking. It has full-sized forts every five miles plus milecastles that are garrisoned and separated by manned turrets.

The most remarkable thing about Hadrian’s Wall is that it still stands to this day, as do its forts.

A trip to Hexham will not be complete without visiting Hexham Abbey. It was remodelled starting in the 12th century. As there is so much to see here, you will need to plan for a two-hour visit at a minimum. As for the attractions, there are Roman carvings all over including vegetal patterns and pagan dedications.

Upstairs, you can see the Frith stool which is rumoured to be Saxon. You can also marvel at the Gothic rood that stands perpendicular. In the chancel, you can enjoy painted panels from the 1400s. These painted panels represent the Virgin Mary, Christ, the Twelve Apostles, and the Dance of Death.

Vindolanda is an ancient auxiliary fort that was used from 85AD to 370AD. It can be found one mile south of Hadrian’s Wall. Outside the fort, you will find an ancient settlement that has shops, homes, a tavern, and a bathhouse. This ancient settlement has a central street where all these places are located.

This place has so much history as well as so much to see that’s it’s a must-visit attraction!

Queen’s Hall is the main performing arts venue in Hexham. It also holds the town’s library, a tourist information centre and a cafe. It has a capacity of 350 and people come here to see live music, drama, comedy, and independent film screenings.

Hexham Old Gaol is believed to be the oldest prison in England. It is thought to have been built in 1333 and it held prisoners from Middle March Borders and Hexhamshire, two other places you should visit if you have time.

The Hexham Old Gaol is now home to a museum. There, you can see the history of the Borders; history that has been preserved from medieval times.

The Border Library Collection has poetry, literature, and music all on the history and culture at the English-Scottish border. In the museum, you will also find 15th and 16th-century war relics like armour and arms as well as objects with local historical interest. The admission price covers one year of access to the premises so it’s worth the price if you visit Hexham regularly.

Although this castle was built in the 13th-century, it is still intact. The castle used to be a manor house, but when the relationship between the English and the Scots deteriorated, it became fortified. This castle has a lot of history as it has been burnt down, retaken by rebels, and occupied by the Scots. This is why it is so surprising that the building still stands today.

The interior is preserved very well and will take you back to the 13-century once you get past its doors. If you like, you can plan a picnic on the castle’s grounds where there is a walled orchard.

You Will Need Transportation

If you want to get to all the different attractions in Hexham, you will need some way to get there. One of the easiest options is Hexham taxis. Taxis in Hexham will pick you up from the train station or your accommodation and take you wherever you want to go. If you want an even better experience, find out if the taxi company you decide to go with hires local drivers. If they do, they will be able to take you to the best places as well as advise you on the best times and days to visit these attractions.

If you want to take a taxi from Hexham to any of the attractions, you should go with a taxi company that is known for its reliability, friendliness and a huge selection of transport options. Ecocabs is one such company. They are a professional, dependable, and affordable taxi service that serves residents and business communities alike. You can visit Ecocabs at 600600.co.uk where you can see all the different options they have.

Hexham is a beautiful town with so much history embedded within it. This is why it remains one of the best places to visit in Northumberland if you want to have a better understanding of Roman, English, and Scottish history.