The Largest Personal Injury Settlements in the UK to Date 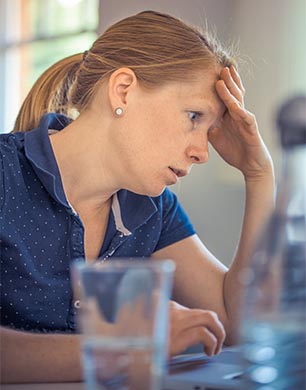 Personal injury claims have been a part of life in the UK since the mid 1800’s, including a claim in 1878 where an innkeeper from Birmingham took a poisonous potion after mistaking it for sleeping medicine and was awarded £1,000 which is the equivalent of £48,310 today. Here, we look at some of the biggest pay-outs ever awarded to claimants for personal injuries they have suffered.

The distressing story of Maisha Najeeb led to the biggest pay-out in a medical negligence case ever.

Maisha suffered from a rare condition called arterio-venowus malformation in which the tangling of veins and arteries leads to bleeds. During routine treatment for her condition at Great Ormand Street Hospital, staff mistakenly injected Maisha with glue instead of dye, causing permanent damage to her brain. Just 10 years old at the time, Maisha was awarded £24 million in damages to compensate for the round the clock care that she now requires. The London High Court instructed Great Ormand Street Hospital to pay an initial £2.8 million plus annual payments of £383,99 until she is 19 years old at which time the annual amount will increase to £423,000.

In 2009 Agnes Collier suffered extreme spinal injuries as a result of a car accident which killed her mother and left her brother with head injuries. Just 14 years old at the time of the accident, Agnes was awarded £23 million by the High Court in London, to be paid by the insurers of Anthony Norton, the motorist who caused the accident. The award was paid out as a £7.25 million lump sum plus annual payments of £270,000. Agnes was sadly left paralysed in her legs and with little use of her arms following the accident.

Milly Evans was born at Lincoln County Hospital on 1 March 2001, but later suffered a seizure which lead to cerebral palsy, a condition for which Milly now requires 24-hour care. It was the belief of Milly’s parents that had her heart been monitored successfully during the birth, the staff at the hospital would have identified the foetal distress and delivered the baby sooner, thus preventing the lifelong, debilitating injury suffered by Milly. This prompted Milly’s parents to make a claim for a birth injury which resulted in a settlement of a lump sum of £5.866 million, with subsequent lifelong payments of £204,000 per annum, amounting to a total sum of £10.8 million.

Champion Commonwealth Games cyclist, Manny Helmot was awarded £14 million in compensation after being hit head-on by a vehicle while training in Guernsey in 1998. Manny Helmot was 37 when the accident caused him the loss of use of his right arm, partial blindness and terrible brain injuries when he was knocked from his bike. The compensation amount awarded was to cover the cost of 24-hour care that Manny required as well as compensate for the fact that Manny will never be able to work, ride or drive again.