How to Keep Your Mind Fresh as You Age 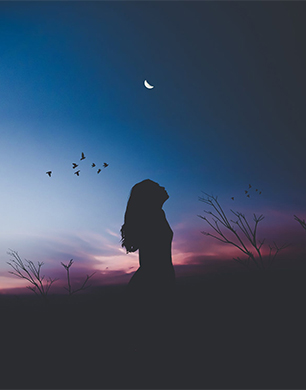 The New World of Nootropics

When the film Limitless was released in 2011, a small band of neuro-enthusiasts was seething.

That’s not what nootropics are! This is going to set unbelievably high expectations on what they can achieve.

That’s because the Limitless pill, which turned an average writer into a Wall Street genius, was based on a concept that was exciting thousands of people. Modern science has granted humans with the knowledge we need to isolate and identify drugs and supplements that can improve cognitive function. These are called nootropics, and they specifically excited age-researchers, as some of them improve memory, motivation and other cognitive deficits associated with ageing. They do this mainly by reducing the brain plasticity losses and the accumulated brain-cell-damaging molecules (called free radicals) that are associated with older brains.

Though there are many ways to use exercises (physical or mental) to slow the cognitive effects of ageing, some people are not content with losing the mental freshness of their youth. For these people, nootropics can be taken as dietary supplementation. Here are a few to start you off if you want to know a bit more about how different nootropics can improve ageing brain function. There is a whole world of information out there, so be aware that this is far from a comprehensive list.

Artichokes contain phosphates that have been linked to cognitive deficit treatments and may help stimulate proteins that facilitate new neuron and synapse growth. Artichokes have the advantage of being safely consumed for thousands of years.

Vitamin B8 is rarely talked about but is used for a variety of disorders (from anxiety to insomnia to autism) for its role in promoting brain health and regulating nerve signalling.

This powerful antioxidant precursor is extremely effective at dealing with free-radicals, but health-focused individuals may be wary of the fact it is not naturally occurring.

Lions mane is a common fungus that has been eaten for millennia but has only recently picked up momentum as a nootropic. Previously difficult to obtain, Lions Mane UK supplies have become more consistent in recent years, and studies have linked it to neuro-regeneration through the stimulation of enzymes that promote nerve growth.

Magnesium helps to regulate synaptic plasticity and plays a key role in neurotransmitter flow. These make it an important contributor to learning abilities, and it is probably the easiest nootropic to obtain as it is widespread throughout green vegetables.

Resveratrol is a nootropic that some studies have indicated may indirectly reduce levels of amyloid-beta cerebral cortex deposits. This means they could play a part in the extremely complex processes involved in the onset of Alzheimer’s disease. Though no nootropic can be considered a preventative for any neurological disease, resveratrol (present in red wine) has been linked to the “French paradox.” Though the French diet appears unhealthy (wine, cigarettes and cholesterol from cheese), they actually have a longer life expectancy than those in the UK. However, they also eat more vegetables than the British, so don’t be overly keen to pick up that bottle!

It is important to consider that many nootropics are in the early stages of testing, and that you should employ a healthy scepticism, especially when contemplating new drugs with no historical use.