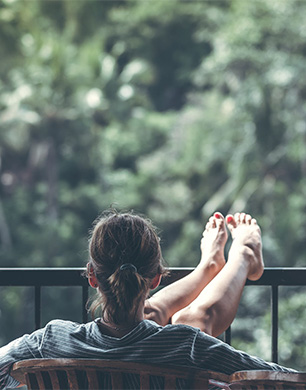 If you are a regular smoker, the chances are that you have heard pleas from your family, friends, and even colleagues at work to stop the dirty habit. By now, you have probably heard that this habit can cause chronic bronchitis, heart disease, emphysema, cancer, and even stroke. You may have also heard that smoking is one of the leading causes of preventable deaths in the United States.

But the reality is that being well acquainted with the risks associated with this habit may not have been enough to convince you to seek stop smoking medication. While quitting the habit is hard by itself, statistics indicate that it usually takes between five and ten attempts before one can successfully quit the habit. The following are seven reasons why you should consider seeking stop smoking medication:

You can never mistake the smell associated with cigarettes. And history shows that it is not a smell that many people describe favourably. According to Steven Schroeder, the Managing director of the Smoking Cessation Leadership Center, smokers are some of the most self-conscious people that you will ever find.

This is because of the cigarette smoke smell in their hair and their clothes. Their breath is also a matter of sensitivity to many. Actually, some marketing campaigns have equated kissing a smoker to the act of licking an ashtray.

Smelling like an overused ashtray is not the only impact that smoking has on your nose. It is also common for smokers to have their senses dulled. Typically, your taste and sense of smell are affected whenever you take a single puff.

It is the reason why many smokers are unable to appreciate the taste of food. Studies have shown that smoking greatly diminishes the sense of smell and taste.

Every time you inhale cigarette smoke, you increase your chances of developing lupus, with studies showing that smokers are significantly more likely to contract this illness. Lupus, also referred to as systemic lupus erythematosus is a condition that is known to cause tissue damage, pain, and inflammation throughout the body. While individuals with this condition may experience some mild symptoms, some are not so lucky.

Smoking is one of the known reasons behind early ageing. Deep wrinkling and skin changes are more likely to occur in smokers than in nonsmokers. The Journal of Dermatological science has published studies indicating that smoking causes premature skin ageing by impairing the production of collagen and degrading proteins.

Schroeder has cited a publication from The New England Journal of Medicine 11 years ago that sought to look at the dynamics of smoking in the wider society. In the study, the researchers were able to establish that mainstream smokers have recently started to connect on social media networks. As a result, many of them have become marginalised.

Some of the subjects interviewed during the study stated that there was a time when they began to feel self-aware. Some of them would hide behind buildings and bushes so that no one else would be able to see them when they were smoking.

While smoking traditionally makes it harder for one to find a mate, impotence also doesn’t help. Scientists have established that smoking highly increases your chances of becoming impotent. This is because it affects the blood vessels that have to dilate for you to get an erection. Tutors have been trying to discourage teenage boys from smoking by informing them that no girl or woman would be interested in kissing or making out with a smoker.

By now, you already know all the long-term risks that are associated with habitual smoking. However, did you know that regular smoking makes you more susceptible to colds and seasonal cases of flu? Smokers are increasingly affected by bacterial, viral, and other kinds of infections.