5 Approaches To Quitting Smoking That Are The Most Effective 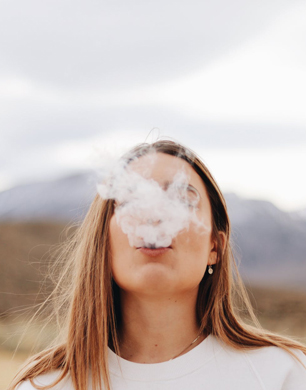 Making the decision to quit smoking may be the most important step in the process, but it’s definitely not the most challenging.

Anyone looking to quit smoking with the assumption it’s going to be easy is in for an unpleasant surprise. In fact, the number one rule for successful smoking cessation is to gauge your expectations realistically. Unless you’re prepared for plenty of hard work and unpleasantness along the way, it just isn’t going to happen.

First up, while it’s perfectly possible to just decide out of the blue you’re quitting right now, it’s far better to set a date on the calendar and prepare accordingly. Think about how you’re going to deal with the cravings, what you’ll do to keep yourself busy, any people or scenarios you’ll probably have to avoid for the first few weeks and so on. In addition, make sure everyone around you is aware of your intentions and can therefore provide you with their support.

Nicotine addiction can be incredibly difficult to kick. Even with all the willpower in the world, your body will be telling you for some time that you need to give it a hit of nicotine. Which you can – just as long as you do so in the form of NRT products, rather than tobacco. Nicotine replacement therapy can significantly reduce cravings for cigarettes, with none of the potentially deadly side effects of smoking.

There are certain medications on the market right now that have been clinically proven as effective in assisting with smoking cessation. One example being Champix which is available online from website pharmacies like Health Express. Champix whilst being effective also doesn’t contain any nicotine or any of the toxins associated with tobacco. Research has shown that these kinds of medications can double your likelihood of successfully quitting the first time.

Particularly if you’ve tried to quit unsuccessfully in the past, you may benefit significantly from professional support or counselling. Simply speaking to those who know what they’re talking about and having an outlet for your anger really can make all the difference. The same can also be said for getting involved in forums and support groups, taking strength from those going through exactly the same as you.

Last but not least, while it’s perfectly possible for electronic cigarettes to serve as effective smoking cessation tools, they need to be approached with care. The reason being that using an electric cigarette isn’t going to do anything to reduce your addiction to nicotine, or steer you away from the habit of smoking in general. An occasional ‘vape’ could make a preferable alternative to smoking a cigarette, but it’s not to say that electronic cigarettes are in their own right considered safe or healthy.