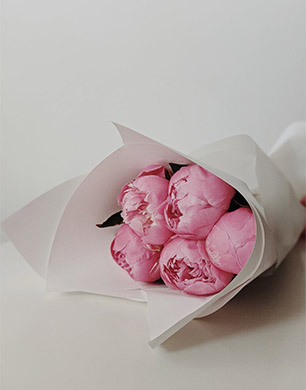 It is quite a subjective area, which is heavily dependent on context, and prone to having advocates from either side.

Sending flowers is a beautiful gesture. They can be signed so that heartfelt notes on cards can let the recipient know who has sent them. Or, they can be unsigned, anonymous deliveries that create an air of mystery around the sender. So, what’s the verdict?

There is no black or white

Let’s say, two acquaintances are feeling the sparks go off between them. They have been meeting here and there with common friends, and some unofficial dates too but nothing has been said to make it formal yet. Now, if either of them sends anonymous flowers to each other in the run-up to an impending date, is it cute or creepy?

In this context, it’s cute and a playful, even romantic gesture that is setting the tone for the evening ahead. Since both of them like each other and are going through similar emotions, the anonymous flowers work to heighten their feelings.

Also, when committed and long-time partners send anonymous flowers to each other, especially around important dates, it only adds to the anticipation. ‘Secret admirer’ cards with anonymous flowers add deliciously to both budding and strong relationships.

On the other hand, take a young girl or a single mother who has just come out of a difficult relationship. As a friend, you may care about them and want to see them happy. However, sending anonymous flowers in this case would simply freak them out.

First, there is no precedence in your limited interaction as a friend that could justify sending anonymous flowers. You have not reached that level of knowing them to do that. Second, the emotional and mental space of the recipients also have to be taken into account. They definitely do not deserve any kind of creepy surprise at that point in their life.

So, there can be no blanket statement labelling anonymous flowers cute or creepy. Sending flowers should match the occasion as well as the recipient’s expectations.

The point of anonymous is not annoying

It can be argued that what is the point of sending anonymous flowers, if the sender is an expected or sure guess? Again, the buzz word is ‘context’ rather social context. We are living in a time where anonymous admirers often turn out to be stalkers with bad intent. Safety and security of women is of paramount importance.

Sending anonymous flowers lend a very sexy touch when creating an air of fantasy and mystery among lovers. Although for an introductory approach, it sure can seem creepy and even cowardly to some extent.

Any flower-sending action should take into account your relationship with the recipient. Be bold and send flowers confidently signed. Of course, starting a new relationship is nerve-wracking and unsure but you wouldn’t know the answer if you don’t ask, right?

Let flowers do the talking under your signed name. Choose the best flower delivery in Canberra that can match flower symbolism to your unique situation.