The arts and culture that London has to offer 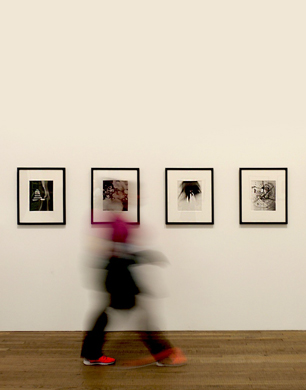 London is often referred to as the culture capital of the world as it is home to a myriad of diverse nationalities and languages that shape the city’s ideas and customs against a backdrop of renowned museums, art galleries, theatres and World Heritage sites.

London Mayor Sadiq Khan recently moved to protect and cultivate the arts and culture in the capital with a new strategy, which is designed to empower “as many people as possible to take part in cultural activities and have access to creative jobs”. This drive and the city’s tradition of arts and culture mean that there is a staggering number of activities and events to partake in each and every week. Here are a few that have caught our eye.

London has emerged as the epicentre of world photography with its impressive range of dedicated photography exhibitions and showcases. Tate Modern will be hosting the Shape of Light exhibition for more than five months this year, offering a window into the kaleidoscopic images and abstract art that defined the Abstract Expressionist art movement during the 20th century. Meanwhile, the “Up Close with Marilyn” showcase at Proud Galleries will take a postmodern look at one of Hollywood’s greatest screen sirens in May and June this year.

Culture is always changing in London, but some parts of the city stay the same. UNESCO’s World Heritage sites in the capital are preserved in all their glory so that tourists and locals alike can visit some of the world’s most notable landmarks with hundreds of years of history. The Tower of London, Westminster Abbey, Big Ben and the Houses of Parliament continue to be a major part of what makes London’s culture so unique. Maritime Greenwich was symbolic of English scientific endeavour during the 1600s and 1700s. The green spaces here and at the Royal Botanic Gardens at Kew are artistic in their design.

More than 250 festivals take place in London during each calendar year. Notting Hill Carnival is arguably the most famous with its colourful reggae, soca music and dancehall and a focus on black culture, and it is a colourful and exciting spectacle for the one million people that take part or visit every year. The biggest street party in Europe will take place again in 2018 on Sunday, 26 August. The largest free festival, the Mayor’s Thames Festival, serves up “excellent arts and amazing events” in scenic and accessible locations. Totally Thames, for example, celebrates the River Thames with a creative and diverse arts and events programme.

London has a third of the top ten museums in the whole world. The British Museum in Bloomsbury has a huge collection of art and artefacts and regularly hosts special exhibitions. The “Rodin and the art of ancient Greece” exhibition, which takes a closer look at how Greek sculpture influenced the famous sculptor, runs from April to the end of July this year. Other important museums in London include the Victoria and Albert Museum, the Natural History Museum, the Science Museum and the London Transport Museum.

There are no less than 857 art galleries in London covering a plethora of different art movements. The National Gallery takes pride of place in Trafalgar Square, where visitors can view works by Western European masters such as Leonardo da Vinci and Vincent van Gogh, while Tate Modern offers prime modern and contemporary pieces. London now accounts for 30% of the global art market.

In addition to Khan’s strategy, the National Funding Scheme aims to keep arts and culture thriving by making it easy for the public to donate to institutions that have moved or inspired them. A new Culture Mile in the north-west corner of the city is also set to transform the arts and culture landscape again during the next decade. Five partners, including the City of London Corporation, are making the Farringdon to Moorgate area more accessible by improving transport links with the aim of providing imaginative events, outdoor programming and collaborations every day. A new Museum of London, a proposed Venture for Music, and an overhauled Beech Street will be the centrepieces for the ambitious plans.

84% of Londoners believe that the arts and culture scene is linked with a high quality of life. This passion for the arts and its diversity (more than 300 languages are spoken in London) mean that it will remain a culturally vibrant hub and continue to offer some of the best experiences and events anywhere in the UK and the world.