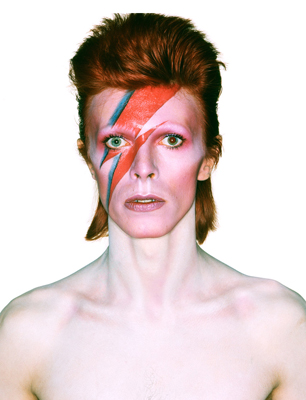 Delve into the life of one of the world’s biggest musicians, actors and fashion icons of all time, with the David Bowie V&A exhibition.

London’s Victoria & Albert Museum will play host to the biggest and brightest David Bowie exhibition of all time this year, as the museum have been given unprecedented access into the superstar’s archive.

David Bowie Is, is a retrospective honouring the incredible, five decade-spanning career of Bowie. As one of the most influential and pioneering performers of our time, Bowie has become synonymous with music-fashion and is known as one of the most prominent pop culture icons of all time.

The David Bowie Is will run from 23 March – 28 July 2013 at London’s V&A and will explore the work of Bowie as a musical innovator and style icon through a showcase of over 300 objects.

Expect to see everything from handwritten song lyrics to Ziggy Stardust bodysuits on display in a collection of objects and costumes that take you through Bowie’s reinventions, most iconic periods and personal tales.

The exhibition has been put together by the V&A’s Theatre and Performance curators, Victoria Broackes and Geoffrey Marsh, and is sure to be an impressive site for fashion, music and of course Bowie fans alike.

“Bowie is a pioneer not just in music, but also of rock theatre, videos, Internet and digital downloads,” explains Victoria Broackes. “He’s always personally and actively involved in everything that he creates and he is continuously cited as an influence by artists, designers and performers. This influence on music, fashion, visual and virtual culture, which seems if anything to be growing, links him directly to almost every subject area the V&A covers.”

Undeniably one of the biggest sources of inspiration of modern times, Bowie is regularly sighted as a hero of both fashion and music artists. Fashion and costume fans will be particularly interested to see some of Bowie’s most iconic stage outfits on show, from the 1972 Top of the Pops Ziggy Stardust skin tight suit to an Alexander McQueen Union Jack coat worn on the cover of 1997’s Earthling album.