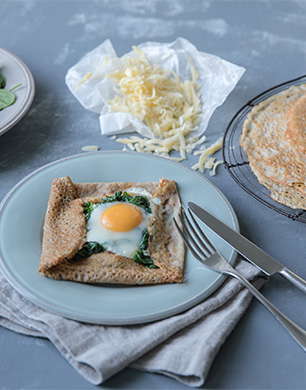 This traditional style of savoury pancake is popular in Northern France. They can be served with a filling of your choice placed in the middle of the galette, which is then folded into an open or closed envelope. Typical fillings are chopped ham or tomato with grated cheese or wilted spinach, a spoon of cream and an egg in the middle.