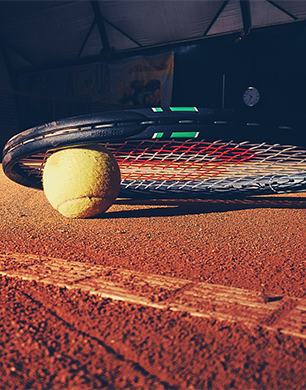 Although Novak Djokovic previously signed with Adidas, he now has a new partnership with ASICS that started in 2019. Novak Djokovic only chooses the best tennis shoe brands for his endorsements. The Serbian professional tennis player ranks at the top of men’s singles tennis and may be one of the greatest tennis superstars ever. Novak Djokovic has won fifteen Grand Slam tennis singles titles, as well as thirty-two ATP Tour Master 1000 titles, and has held strong to the ATP rankings for years.

Born in Belgrade, SR Serbia, Yugoslavia, he was coached by Slovak player Marian Vajda and Boris Becker. He began his passion for tennis at the tender age of four. Even as a child he rocked the tennis courts with his agility and talent, eventually beginning an international tennis career in his early teens.

Asked why he chose the ASICS Court FF 2 tennis shoes for his game, Novak Djokovic replied, “…for my kind of tennis where I slide a lot, change directions very rapidly – very dynamic movement – the shoes are obviously essential.”

The partnership with Djokovic helps solidify ASICS place as the top tennis brand. While ASICS does enjoy immense popularity and following in much of the world, ASICS hopes to rebrand itself as a tour de force in tennis worldwide. Endorsements from athletes like Novak Djokovic help the company establish itself on a large international stage as the global brand ambassador.

“I’m thrilled to be partnering with ASICS. They have gone above and beyond to ensure the technology is the best and specific to my needs as a player, on the court. The lightweight and support structures on the midfoot allow me to move quickly and ensure I have the right stability throughout my performance.”

Stability and Balance in a World Class Sneaker

Novak Djokovic finds that the ASICS footwear provides him with the lightness and dependability that he needs. The stability of the shoe allows him the kind of rotation that he needs, as well as balance. ASICS continues to provide world class athletes like Novak Djokovic the innovative technology that they absolutely need to win on the courts.

President and CEO Motoi Oyama stated, “Tennis has evolved drastically over the years with many players now requiring products that allow them to move faster around the court and hit with greater power. The tennis category will be a future focus for ASICS as we look to eventually achieve our vision of becoming the world’s number 1 tennis footwear brand.”

The line comes both in women’s and men’s sizing. Customers have the option to choose customised colour schemes. Limited edition options will be available in the line in stunning styles inspired by Novak Djokovic.