How Fashion Can Raise Awareness 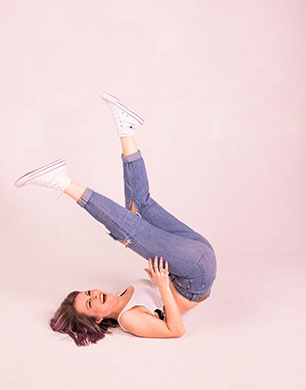 The fashion industry sometimes gets a bad press, but it is one of the most enduring and popular sectors of the global economy, and, equally importantly, has a cultural reach that most other industries can’t match. That means it has the potential to communicate with a wide range of demographic groups, making it an ideal medium for raising awareness of important issues.

In the modern UK, there are many important causes worthy of public attention, in every area of society, from the important work done by Tell Mama in recording and highlighting the rise of Islamophobia, to the numerous charities attempting to promote awareness of a range of vital causes. And inventive and socially aware companies and individuals are increasingly finding ways to use fashion and the fashion industry to increase the public’s understanding of important issues.

Our understanding of mental health issues has increased significantly in recent years, but there remains a lot of work to be done to fully remove the stigma and barriers that many people who suffer from mental health problems suffer. A number of individuals and organisations in the fashion industry have used their work or position to highlight mental health issues.

One way that the fashion industry can raise awareness of these issues is to incorporate slogans or inspirational messages in the clothes that they produce. These can have the effect of provoking conversation or offering support and encouragement to those suffering from mental health difficulties. Another, more direct, example is one company that works to tackle the homelessness that sometimes goes hand in hand with mental health problems.

If there is one criticism that is made about the fashion industry more than any other, it is around the issue of body positivity. Fashion consumers, particularly women and girls, often feel alienated from the fashion industry because of the perceived unrealistic body standards that the industry has too often promoted, from fashion shows to advertisements and magazine features.

The darker side to this alienation can often include serious illnesses such as bulimia or anorexia and ongoing mental health issues. So, this is one issue that fashion companies should feel particularly motivated to tackle, and fortunately, a number of companies are doing just that as the trend of embracing body positivity spreads throughout the fashion industry. One US company celebrates different body shapes and doesn’t restrict their advertising to the stereotypical type of model. By increasing the diversity of models used, fashion companies can simultaneously improve the impact they have on society, whilst making consumers think more deeply about the way that they are used in seeing and consuming fashion.

Another issue that the fashion industry is more aware of than others is sustainability. While global awareness of environmental harm has been increasing in recent decades, the fashion industry in particular has been the subject of criticism over some of its practices, including the materials used in its products, the waste associated with the industry and the environmental cost of transporting clothes that are often made in Asia all the way to Europe and North America.

But some fashion companies and designers have taken action to tackle this problem, raising awareness of the wider issue of environmental sustainability at the same time. One well-known fashion designer has named her collection Sustainability and others have been promoting the ethical credentials of their products. This isn’t solely about appealing to increasingly discerning fashion customers. By highlighting how their fashion causes minimal environmental impact, fashion companies are also able to raise awareness of the environmental challenges we face as a species.

Another notable awareness-raising aspect of the modern fashion industry is the extent to which designers and brands have embraced LGBTQ rights. This isn’t just good business; it can also have a positive effect on how LGBTQ people are perceived. The ubiquity of rainbow colouring is regarded with scepticism in some quarters, but it helps to start conversations about what the colours mean, and why they are important, and can help LGBTQ people, who often feel excluded from so many aspects of our society, to feel as though they belong.

As fashion is often aimed at a young audience, it can play a major role in helping to raise awareness of important issues at an early stage of people’s lives, helping directly and indirectly to shape our society and to make a positive contribution towards a better future.