THE NEW FACELIFT WITHOUT ANY DOWNTIME 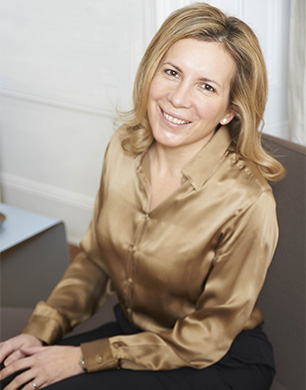 Fancy a facelift, but don’t want the downtime or bruising? The revolutionary, non-invasive Thermage FLX™ procedure, which uses heated radiofrequency for quicker (and far less painless) results, might well be the answer.

Using radiofrequency technology to ignite the deeper, collagen-rich layers under the skin (it can be used all over the body), it works by doctor operated nodules, penetrating the skin at a high temperature. The applied heat then causes collagen to contract, and encourages new collagen to start growing, which by default means that the focal area is plumped and tightened, with results lasting up to three years!

It’s no wonder celebrities such as Gwyneth Paltrow and Jennifer Aniston swear by it- they don’t have time to shy away from the spotlight, and with the gradual effect of perkiness, it’s extremely natural. With zero-down time, this non-surgical procedure can be done in a lunch break. Too good to be true? I tested it for myself, as I am in the over 35 bracket and definitely need a collagen boost.

I had a thorough consultation with Doctor Kavouni who took my jet setting (!) lifestyle into consideration, and along with a new skincare regime, I was advised that certain lines could be addressed with a smidgeon of Botox, as it wasn’t collagen that was the problem; She also informed me that dual treatments were on the increase as patients have different concerns that can be fixed in one go, with a professional practitioner advising what procedures work in harmony.

Slightly apprehensive that my face wouldn’t be able to take all the extraneous prodding and needles, if I’m honest, my palms were pretty sweaty. But as soon as the pain killing gel had worn in, I was happy as Larry! You need to give yourself some quality preparation time for this, as you won’t want to start the procedure before it has. The Botox injections came first, as Dr K addressed the deep groove between my eyebrows, and my smile lines. As this freezes the area, I was confident it wouldn’t have any adverse effects with the collagen stimulant, as the Thermage FLX™ is designed to give that area a head start in repairing itself.

The actual procedure was much more tolerable than I expected- with certain areas much more sensitive to the heat- but as the treatment is temperature controlled, by the doctor, it can be altered at any time. However, the higher the temperature, the deeper the results, so it’s advisable to grin and bear it! With the application taking a little over half an hour, I even had time to give my hands some TLC. Everyone knows that you can tell a woman’s age by her hands, and I wanted to beat the system, and tighten up my hand crinkles!

Dr Kavouni reassured me that the hands saggy skin could be treated with the same method, and my hands had been numbed in anticipation. I knew what to expect with the abrupt heat blasts, and happily chatted for the duration, delighted with the thought that in just three months, new collagen would be stimulated, and my paws would look less like an old lady!

I left the clinic feeling perky. My skin was a little red, as is to be expected with the heat remedy, and injections, and I was advised not to do anything that may bring on a sweat, such as sauna or hot shower for 24 hours, which was fine by me. I had planned a quiet night in, just in case, but in reality there was no need to hide away!

As for the results, three weeks later and I am still glowing. Obviously the additional Botox has made a difference with my prominent lines, but I don’t look done, I look like me, but enhanced! And the great thing is, the full extent of the results won’t be visible for 4-6 months.