James Pryce, Hair Stylist and Master of the Bounce 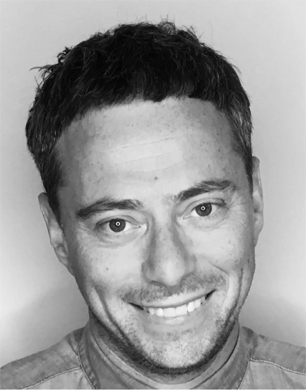 Larry King hair salon in South Kensington celebrated its first birthday a couple of weeks ago, and I was lucky enough to be booked in for a cut and blow dry by their master stylist, James Pryce. If you recognise the name, he was the man behind the hair of our very own Duchess of Cambridge on her wedding day back in 2011.

From his first stint training at Daniel Galvin, James has since worked in London’s most established hair salons including Trevor Sorbie and Richard Ward, his last run being at the highly exclusive Josh Wood Ateliers where he spent five years zhuzing the hair of A-list clientele and ‘’rich bankers wives.’’

What I expected, and wrongly so of a man who’s spent years around wealth and royalty, was a loud, over the top type. James is the total opposite; unassuming and down to earth. I felt comfortable and relaxed immediately; discussing my hair woes along with this that and the other. He was even happy to relay that very day which I assumed he’d be tired of talking about, yet as he spoke of it with such fondness, telling me what an honour it was to be part of such a special moment in history, I realised he genuinely doesn’t mind at all. In fact, I sensed a great deal of pride as he retold that chapter of his story for the umpteenth time.

But back to business and onto the next hair trends. Curls. And if Kate’s are anything to go by, I was in safe hands. So whilst I sat back and enjoyed the second Bloody Mary they offered me, James took to my hair with so much ease he could have been blindfolded. But ever the professional he kept his eyes fully on the task at hand, creating long layers to give my hair some much needed shape it so desired. He knew exactly what I wanted without me having much of a clue myself. He certainly knew what he was doing, but so he should being the offspring of two hairdressers.

The atmosphere inside is great too. The décor very cool, but not try-hard cool, think chandeliers and Liberty’s home department and without the slightest hint of pretentiousness. There’s even a fully stocked mini bar. Always a winner in my eyes. It was so delightful in there and with the rain pouring outside I was close to perching myself on their luxurious velvet sofa and staying for the day. The whole experience was wonderful and the cut and gorgeous bouncy blow dry by James was by far the best I’ve ever had. Fit for a Princess I’d say.

A ladies cut and blow by James Pryce costs £160. Book now at www.larryking.co.uk.