HIGH MAINTENACE BEAUTY FOR ALL YOU LOW MAINTENANCE BOYS AND GIRLS! 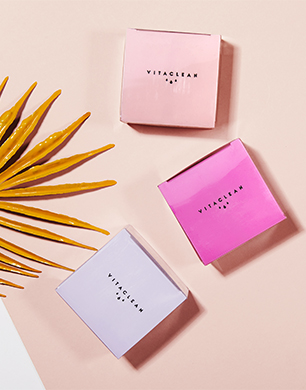 When I told my friends that I was trialling out a new Vitamin Infused shower head, called Vitaclean, I was met with groans of “oh my goodness, you are so over the top” and “who could be bothered with that?!” but what’s ott or ‘extra’ about taking your daily shower?!

People who live in hard-water areas know all too well that they live in a hard-water area! Most notably because of the scaly water marks we constantly need to clean from our shower screens, tiles and taps, but what about the water residue left on our skin and hair after washing? Hard water tends to have a higher calcium and magnesium content (think chalky) which when left on hair, can cause it to become dry, dull and strange in colour. The same minerals make it harder for soap and water to form a solution when washing, which creates soap scum and clogged plumbing, however, it’s not just pipes that become clogged, the soap scum can clog our pores too. Besides that, the high mineral content can strip our skin of its natural oils, making the skin drier and in some cases, prone to eczema. I have also heard through dermatologists, that impurities in hard water, such as iron and magnesium, can form free radicals that can actively age the skin! That’s almost enough to make me want to move house (but then that really would be ‘extra’ of me).

So, what’s the solution? Vitaclean is a state-of-the-art shower head, that not only filters out impurities (including 99% of chlorine, as well as rust, dirt and contaminants collected through the water pipe system) but also features an easy to install Vitamin C cartridge to infuse the water, giving you brighter, softer skin, and shinier, stronger hair. Yes really. I noticed a difference in my 2 daughter’s hair almost instantly, it looks like holiday hair – all shiny and light! On myself, the result hit me after a few weeks – the yellowing I usually experience on my highlighted hair 5-6 weeks post colouring, did not happen! Roots aside, my colour looks just as fresh between appointments, as it does on the day it’s done! No more yellow!

As for my skin, the combination of Vitamin C and the anti-bacterial ceramic balls in the shower head, mean I’ve had less breakouts and don’t find myself reaching for the moisturiser the second I step out of the shower. I definitely have a new glow going on!

Yes, a vitamin infused shower head does sound a bit ‘extra’ but it is the only beauty product I can think of that doesn’t take any extra time or effort to your daily routine – and the results speak for themselves!