Spectacular Places to Visit in Italy 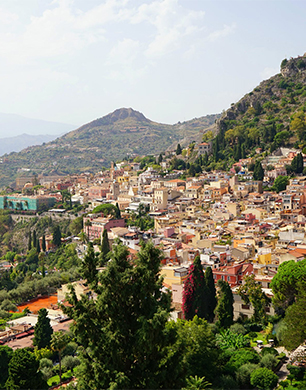 Europe’s largest and most active volcano with a height of 3369 m. Etna’s mountain range covers an area of about 1250 square kilometres, with a perimeter of about 250 kilometres. The last major eruption took place at the turn of 2002/2003, which also caused major damage. The Etna volcano is located very close to Catania, a beautiful and charming city with where you can book a villa for your vacations: A villa is the perfect place to stay for couples on a romantic trip to Sicily.

How to Visit the Etna Volcano

The volcanic cone is accessible from both north and south. In the north, the route goes from Linguaglossa to Piano Provenzana. The south is the tourist side of Etna. The last village is Nicolosi, from where you can reach the valley station of the cable car Rifugio Sapienza at 1995 m above sea level with huge car parks and usually many tourists.

The cable car runs from 2000m above sea level to about 2500m above sea level. From there the tour continues with cross-country buses. All this can of course also be done on foot, if you have enough time. Last freely accessible station is Torre del Filosofo at 2995 m. From there it is only possible to reach the summit with experienced mountain guides. Popular with tourists on the southern slope are the volcanic cones Monte Silvestri Superiore and Monte Silvestri inferiore within walking distance of the car park.

High above the saltworks town of Trapani, the village of Erice is enthroned on a mighty rock. With narrow alleys, archways and small piazzas on the rock a real jewel of medieval architecture. Even today it looks like time has stood still there. Equally majestic is the view from Erice into Trapani below, which can even be reached by cable car.

Gangi: The Town where Empty Buildings are Given Away

Voted the most beautiful village in Italy in 2014, without doubt one of the most spectacular villages in Sicily. The village of Gangi combines both a historical and a contemporary Sicilian characteristic in a particularly visible way. The village completely covers a hilltop and thus looks like a cap for the mountain. This peculiarity of building villages with narrow and narrow alleys in bizarre places is often found in Sicily. This was due to medieval security thinking.

Today the place is laboring on another, less beautiful peculiarity. Like so many villages in the interior of Sicily, Gangi is also struggling with high unemployment and a strong rural exodus. However, the village has taken a measure that is as unusual as it is imaginative:

Empty buildings are simply given away.The only catch is that the buildings have to be renovated within 3 years, and that is usually sorely needed. Nevertheless, investors from all over the world have already been found who want to own a hostel here.