What is CBD? 5 Scientifically Proven Benefits Of The Compound 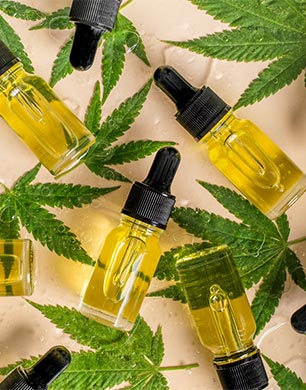 Cannabidiol or CBD rose to popularity because of the health benefits it offers without any psychoactive side effects. The compound is one of the many cannabinoids found in cannabis. However, it’s THC or tetrahydrocannabinol that produces hallucinations, of which marijuana has the highest concentration.

CBD is commonly extracted from hemp plants, which are cousins of marijuana that have minimal THC levels. This means that products with this compound are less likely to be contaminated with THC. The World Health Organization also reported that there aren’t any indications that the compound can lead to abuse or dependence.

If you’re interested in trying CBD, here are five scientifically proven benefits of the compound:

Aside from delivering revitalising effects, CBD is a valuable treatment for epilepsy. In fact, one of the primary reasons for its extraction and production is so that it can be administered to patients with Dravet’s syndrome, a form of epilepsy that’s triggered by hot temperatures or fever.

Epileptic seizures brought about by the disease couldn’t be alleviated by anticonvulsant medicines. In 2011, Charlotte Figi, a child with Dravet’s syndrome, tried ingesting CBD for her illness. Doctors found that she experienced a reduction of epileptic moments after the first dose of medical marijuana was administered when she was five years old.

Studies were conducted to test for the efficacy of CBD, and a majority of the research showed that the compound could reduce convulsive seizures.

Marijuana has always been used to alleviate physical pain. The ancient Greeks used cannabis plants to dress their horse’s wounds and sores. They also used it for treating nosebleeds and expelling tapeworms.

Another common ancient practice was steeping green cannabis seeds in water or wine. Afterward, the extract can be used to treat ear inflammation and pain.

However, these benefits are often impeded by the psychoactive effects that users had to endure. Today, it’s been revealed that CBD from hemp plants produces the same results without hallucinations or delusions.

Some cancer patients use CBD to alleviate the pain that chemotherapy entails. The compound works with the human body’s endocannabinoid system (ECS), which regulates pain response.

One study conducted on mice found that CBD injections reduced the amount of pain that the subjects felt after being surgically incised.

CBD decreases the sensation of pain by influencing endocannabinoid receptor activity and interacting with neurotransmitters. This leads to reducing inflammation at a cellular level.

The ECS also works with the brain to regulate behaviors and moods. In anxiety, a person reacts to perceived danger, and their body opts for one of two responses: fight or flight. CBD can interact with the ECS to override this reaction if the threat isn’t real.

Depression, on the other hand, is a mental illness that’s characterized by debilitating feelings of despair and helplessness. Animal studies have shown that CBD has antidepressant-like effects.

This may have been caused by the activation of 5-HT1A receptors, which are a subtype of serotonin receptors. The stimulation of these receptors has been found to result from antidepressant and anxiolytic medications.

Obesity rates are significantly lower among people who use cannabis compared to non-users. This may come as a surprise since users eat more per day due to THC’s role in the production of ghrelin, which is a hormone that boosts appetite.

Nonetheless, it’s the same chemical that increases the metabolism of carbohydrates. This is most likely the reason why CBD can decrease obesity and diabetes since carbs are typically converted to glucose.

Research on non-diabetic mice shows that CBD can reduce the incidence of diabetes, possibly through shifting their bodies’ immune response.

CBD balms are used topically to clear acne. The compound can help reduce acne formation with its anti-inflammatory properties. It can also lessen sebum production, which is another possible reason for the appearance of pimples and rashes.

While more studies still need to be done to conclude that CBD can reduce acne, current research looks promising. One study provided evidence that the compound exerts anti-sebum and anti-inflammatory effects on human epithelial cells.

CBD has been found to deliver lots of health benefits. It was initially administered to patients suffering from Dravet’s syndrome, a form of epilepsy.

Other uses for the compound are to relieve pain, alleviate feelings of anxiety and depression, decrease the risk of developing diabetes and obesity, as well as reducing acne formation and oil production.

Although there have been several studies that provide evidence for these benefits, more research still needs to be done to make the findings more conclusive.