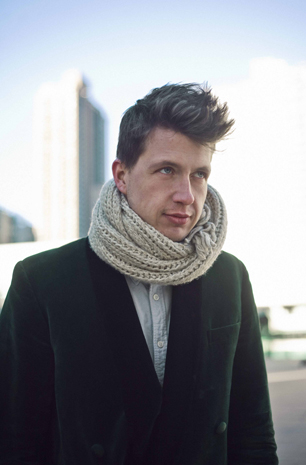 Swiss-born Yvan Rodic is better known as FaceHunter. As one of the first and leading street style spotters and photographers, he is hugely responsible for the ‘street style’ trend, picked up by everyone from glossy fashion magazines to designers, pop stars to stylish teens. Rodic has travelled the world, snapping some of the most inspirational and memorable street style images.

StyleNest were lucky enough to steal five minutes of his time, post London Fashion Week just before he jetted off once again to snap the fashion set at Milan Fashion Week.

You’ve just teamed up with watchmaker, Timex for London Fashion Week. Tell us a little about the collaboration.

With London Fashion Week having just taken place and style in London and the UK at a peak, I have teamed up with Timex to capture fashion moments through photographs. My images, as well as those submitted by people around the UK, are displayed in the Timex Style of the Times online gallery, showcasing what it means to be stylish this autumn.

What’s been your favourite ‘moment in time’ of LFW SS14?

I really enjoyed watching the Kokon To Zai Show, which was inspired by rock culture. I found the show both beautiful and unexpected.

You’re best known for your street style blog, FaceHunter. Tell us, how did it come about?

FaceHunter started in 2006 when I was living in Paris. I had bought my first digital camera, I was attending a lot of art openings and I just wanted to capture the faces of the people I met. So in the beginning the blog was only photography of faces, but then I thought it would be more interesting to show the style and outfits as well. At that time there wasn’t really a blogging scene but somehow it picked up and people started to take an interest in my work.

You were one of the first, if not the first person to capture street style in Europe and put it on the web. With so many fashion blogs around, which ones do you think are good?

How do you think street style has gone from spotting people with style into an actual ‘trend’?

I think it’s because magazines increasingly emphasise street style. They are constantly putting styles together and creating their own street style take on some of the top trends. The increase in the number of bloggers has also played a major role as well.

Which city do you think has the best style?

I like to shoot in Milan, New York and London because they are so diverse and always offer the unexpected.  I also like Stockholm and Copenhagen because of the simplicity and edge of their street fashion.

You’ve worked with some huge brands in the industry including, Vogue, Topshop and Shu Uemura. What’s been the biggest highlight?

Yes, I’ve worked with some fantastic brands, however my biggest career highlight has to be been publishing two books and now being a part of Nowmanifest.com, the Conde Nast blogger network – that’s been a big achievement for me.

How would you describe your own personal style?

My own style is casual and elegant at the same time, with quirky details.

For me, it’s the people I meet every day and the different cultures I see on the road. For the most part, I am a foreigner and looking at a place from a foreign perspective, which is really unique and interesting.

You must have photographed hundreds of people for your work. What are you top tips for getting camera ready?

For photographers it’s all about having an eye and practicing. Experimenting is the best way to learn. For those being photographed, your own style rests within yourself – don’t force it.

You’ve capture street style from all over the world. Where has been your favourite place?

I particularly enjoyed shooting in Sydney recently. Even though it is a less recognised style capital, I found a lot of cool people to photograph there.

Where will you be off to next?

I’m off to Milan to cover Fashion Week there. After that, I will head to Johannesburg for its fashion shows.

Who do you think has great style?

I’m not really attracted by celebrity style but I love the style of this Italian girl, who owns a store in Turin. Her name is Eleonora Carisi, she is a blogger as well and takes photos of street style all around Italy.

What’s next for FaceHunter?

I have just started working on a web television project, which is hugely exciting for me.

Check out FaceHunter’s collaboration with Timex at www.timexstyleofthetimes.com or to feature in the gallery, tweet your images @TimexUK with #TimexStyle