How To Experience London Off The Beaten Track 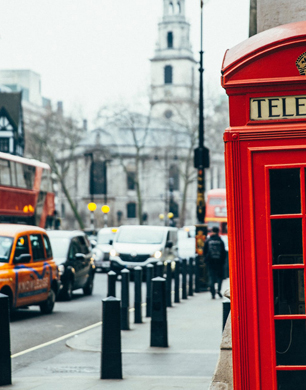 London is a truly world famous city and so it’s unsurprising that many of its landmarks are extremely well-known, having featured in books and movies and on merchandise available the world over. Although the London Eye, Buckingham Palace and the British Museum are all fantastic attractions worthy of anyone’s time, more intrepid tourists may prefer to see some of the capital’s hidden gems instead. So, if you’re keen to experience London off the beaten track, here’s the best way of doing so.

Look further than Zone One

Although central London has enough to keep tourists and locals alike occupied for weeks and months, you may find some of the capital’s lesser-known delights are found a bit further afield. Just take Chislehurst Caves, for example. Located in the borough of Bromley, this 22-mile series of underground tunnels were once used for chalk and flint mining between the 13th and 19th centuries. More recently, the caves played host to gigs by the likes of Pink Floyd, Jimi Hendrix and David Bowie.

Similarly, the London Wetlands Centre in Barnes gives visitors the chance to see kingfishers, sand martins and many more animals in a picturesque nature reserve that you’d have never guessed was just a short journey from the centre of the UK’s biggest city. London’s public transport system is one of the best in the world, so when looking to explore some of the city’s more obscure highlights, don’t forget to leave the centre.

London is a paradise for shopaholics, but there’s no reason to keep to high street chains alone. There is a wide range of weird and wonderful independent stores available that cater to everyone’s tastes. If you have a passion for all things nautical, then Arthur Beale, located on Shaftesbury Avenue, is the shop for you. Ropes, barometers, lifejackets – if it’s useful when at sea you’ll find it here. If handmade jewellery is more your cup of tea, then Tatty Devine in the East End is ideal. The great thing about London is there’s something for everyone.

If you truly want to find out about London’s hidden gems, it’s important that you ask around for any recommendations. A quick chat with some locals could help you discover a quirky bar or fantastic restaurant that you would never have found otherwise. Fellow travellers will also be a great help, and you’ll find no shortage of them in central London hostels. By talking to other tourists you might also make a few new friends to accompany you on your sightseeing travels.

If you’re still not sure how best to explore London’s hidden treasures, then taking a tour could be just right for you. You could explore the haunts of London’s most infamous gangsters while taking The Kray Twins Gangster Walking Tour, for example, or immerse yourself in the gruesome story of the bubonic plague. An organised tour is one of the best ways of exploring London’s quirkier features because you get to hear from passionate and informed guides who can enrich your experience. And it means you can truly venture off the beaten track without worrying about getting lost.