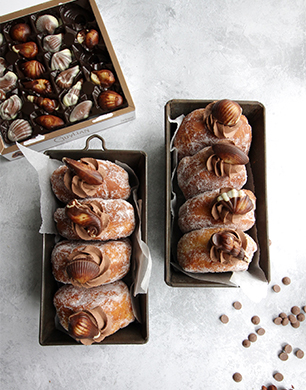 These soft, fluffy doughnuts take a little time to prepare, but can be whipped up with minimal effort on a slow weekend morning. The centres of the lightly spiced doughnuts are filled with a rich and velvety chocolate hazelnut cream, which makes them perfect with an afternoon cup of coffee, or as a decadent after dinner treat.