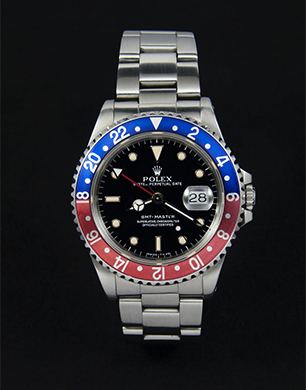 Sleek and smart, watches instantly boost an outfit by injecting a sense of subtle class and refinement. While many movie characters wear them, not all of them are as iconic as the following famous watches in cinema.

These movies use gorgeous watches to reflect a character’s personality, goal or personal need, providing additional detail that you may not have consciously noticed. Want one of these pricey pieces of your own? You can browse pre-owned luxury watches to emulate your favourite movie character without breaking the bank.

Back to the Future is an iconic movie, as is the watch showcased by Michael J. Fox’s character Marty McFly. Casio CA53W Twincept Databank watches were a huge hit in the eighties and nineties, especially once this movie was released. Not only was it a watch, but it included a calendar, alarm clock, stopwatch and even an eight-digit calculator. Considered to be one of the first smartwatches, the Twincept Databank was incredibly modern for the time. Nowadays, you can pick one up for around £20 on Amazon if you fancy a throwback to the nineties.

With a chunky, urban design, the Hamilton Khaki Navy BeLOWZERO fits perfectly into The Martian’s space theme. Stylish yet practical, this watch was designed for underwater exploration and other rugged activities. This makes the perfect choice for The Martian, in which Matt Damon’s character finds himself isolated on a remote planet in which he must escape. The durable black watch fits perfectly with the choice of uniform featured on the main character, giving off an effortlessly futuristic feel.

Playing the part of a successful businessman by day and a crazed murderer by night, Christian Bale was highly praised for his role in this iconic movie. The flashy watch was the perfect accessory when it came to showing off main character Patrick Bateman’s success in his career. It made him appear like the progressive, flourishing investment banker he was, purposefully hiding the many skeletons he had in his closet. The subtle addition of the watch adds to the egotistical narrative that the character adheres to – who knew a watch could add so much narrative?

Bruce Wayne is incredibly rich, so of course he has to have a pricey timepiece on his wrist to flaunt the fact. Opulent and classy, the Jaeger-LeCoultre Reverso Grande Taille shows off Bruce Wayne’s wealth while straying from the gold Rolex style featured in the likes of American Psycho. Since featuring in Batman Begins, Jaeger-LeCoultre released a limited edition version of the watch with a lacquered Batman logo to commemorate the movie.

James Bond is always closely associated with fancy timepieces, sporting an impressive style in every movie. One of the very best has to be the Rolex Submariner 6538 featured in the very first James Bond movie, Dr. No. This particular watch has been nicknamed the ‘Bond Submariner’ because of its famous appearance in this movie, garnering a place in history as one of the most stylish yet functional timepieces.

From opulent Rolexes to charmingly old fashioned Casio calculator watches, all of these iconic movie watches add detail to the scenes in which they’re featured. Next time you’re watching a movie, pay attention to the timepieces featured to get an additional glimpse of the character’s tastes – it reveals a lot about them.