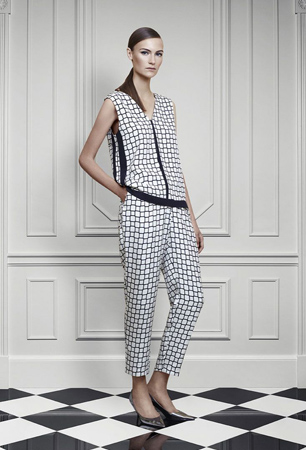 High street brand Whistles have teamed up with cancer charity Trekstock this season for an exclusive collaboration.

British brand and high street favourite, Whistles have partnered the charity Trekstock this spring, to raise money and awareness for young people with cancer.

The collaboration will see a handful of guest designers team up with Whistles to produce an exclusive collection of accessories.

Amongst those getting involved are Scottish womenswear designer, Holly Fulton who is known for her graphic prints and Art Deco inspired accessories. As well as Katie Hillier, whose eponymous label Hillier London specialises in creating quirky and cool jewellery pieces, accessories and handbags – most notably with her signature bunny motif.

Also on the Whistles hit list is jewellery designer Bex Rox, whose neon and chain inspired chunky jewels are stocked at the likes of My-Wardrobe and Harrods. And Maria Francesca Pepe, a London Fashion Week jewellery designer who brings together ancient symbols and ethnic inspiration to create feminine, everyday pieces.

And last but not least, Kate Moross is putting her talents to the charity collaboration with her bold, urban style aesthetic which usually sits on sporty sweaters and graphic tees.

Each designer involved in the project offers something entirely different, so expect a little something for everyone.

The collection will launch late April/early May 2013, with all proceeds going to Trekstock. The research charity works to raise funds and awareness for cancers in young people, by raising money through art, music, clothing and design collaborations. Previous partnerships have seen the likes of fashion brands Grenson and Felder Felder support the charity, as well as bands such s Bloc Party and the Maccabees.

The Whistles x Trekstock collaboration will hopefully highlight the deserved cause to a slightly different market, and raise a whole heap of cash and awareness for cancer in the process.

To see which womenswear pieces are hitting stores each week from the high street to high end brands, check out StyleNest’s New In This Week feature here.