Should you be Wary of Getting Cosmetic Surgery? 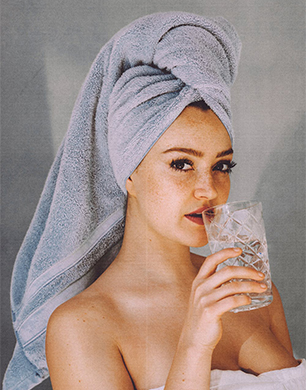 We all want to look good, and we’re often willing to pay a great deal to make it happen. The cosmetics industry in the UK is worth in excess of ten billion euros. Sports nutrition has, in recent years, experienced explosive growth, more than doubling in value between 2012 and 2017. For many, it’s enough to wear lipstick and eyeliner, or to dress in expensive clothes. For others, it’s tempting to take things a stage further, and consider surgical intervention to correct a perceived flaw.

But often, this temptation is misguided, and the results don’t quite live up to expectations. This might be because the desire for a medical intervention has a deeper root cause which remains unaddressed, or it might be because the quality of the care itself is not up to standard.

What kinds of Cosmetic Surgery are there?

Cosmetic procedures come in many different types. They are mostly undergone by women. The most popular surgery, by some distance, is a breast augmentation, with 7,727 taking place in 2018. This is accordingly to the 2019 annual audit by the British Association for Aesthetic Plastic Surgeons. Other popular interventions included liposuction, nose-jobs and blepharoplasty.

What if something goes wrong?

Cosmetic surgeons owe their patients a duty of care, in much the same way as any other medical professional. If they fail to provide care of the required standard, and you’ve suffered as a result, then you might be able to lodge a successful medical negligence claim.

Cosmetic surgery also requires quality aftercare, and this is also covered by medical negligence law. It’s worth noting, however, that many patients regret going through the procedure, and that this does not always mean that the practitioner has been negligent. A competent medical negligence solicitor should be able to advise whether your case has legal merit.

What pushes people to get surgery?

We’re all vulnerable to peer pressure. If influencers weren’t effective at influencing their audience, then they wouldn’t be paid such vast sums by advertisers. If you’re bombarded at all hours of the day by images of beautiful people who happily tout the benefits of a particular intervention, then you’ll be likely to believe that the intervention is normal, and even necessary. This is all the more the case when you’re spending hours a day scrolling through your phone, as many young people are today.

Upon the release of the BAAPS audit, the organisation’s former president, Rajiv Grover, warned that this influence might be unhealthy. “The danger of cosmetic surgery becoming too closely linked to reality TV or celebrity endorsement is that it can make surgery seem like a commodity, which should never be the case. An operation is not something that can simply be returned to the shop if you have second thoughts.”