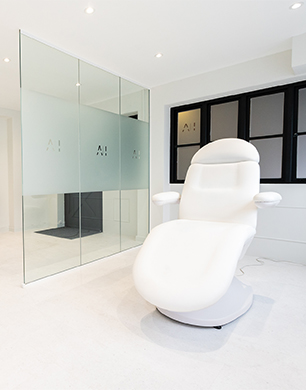 After noticing the “elevens” entrenched between her brows, Emma Smith discovers a very natural looking botox administered by a Dr who takes the less is more approach.

A few weeks ago I was contacted by a PR company and asked if I would like to try a complimentary Botox treatment. Ordinarily I would have dismissed the email, Botox is a road that I wasn’t sure I wanted to travel on. The fear of looking unnatural and making my face look worse, instead of better (as I’ve witnessed on so many others) was definitely a reason I shied away. My school of thought has always been “ageing gracefully’ is the way to go. There appears to be more stigma attached to getting Botox than any other cosmetic procedure. Fake eyelashes, dying your hair and facials are all ‘acceptable’ but Botox is definitely viewed by some with derision.

However the last four years of my life haven’t been kind and have definitely taken a toll on my face. Imagine all of life’s big events -death, cancer, divorce, house move, financial worries (the list is endless!) and you’ll get the picture. Whenever I felt I was finally getting back on my feet…BOOM…some other huge life event would arrive on my doorstep to knock me sideways. Due to these stresses, I had a fairly deep and annoying vertical line across my forehead and a number ’11’ that appeared between my brows, making me look mean and angry. Or as some might say my resting bitch face…

So I decided to give the ‘tox’ a try and booked my appointment with Dr Daniel Hunt at Imperial Aesthetics. It needs to be noted at this point that in no way was I required to write a review- it was purely an invite to try the procedure- but I was so genuinely enthused that I wanted to share this with you.

Dr Hunt (BSc, MBBS) is the founder and director of Imperial Aesthetics and is a medical Doctor and Aesthetician. I visited him at his swanky Harley Street practice (he also offers treatments in Buckinghamshire) and instantly warmed to him- he has a friendly yet professional approach. With his in-depth understanding of facial anatomy I felt at ease and after a detailed assessment of my face, carried out in a caring manner, he decided on the best treatment.

Dr Hunt takes the ‘less is more’ approach and believes in achieving natural looking results, aiming to enhance a clients natural features in a subtle way.

He uses the tiniest amount of botox- I had a sprinkling injected into the area around my eyes, between my brows and my forehead.

After 2 weeks the full effects could be noticed and I was very impressed- my lines had softened nicely and more importantly I could still raise my brows and scrunch my face in laughter!  The overall look was natural not frozen as I had previously feared. Dr Hunt is a man that truly understands the muscles of facial expression and doesn’t follow a cookbook approach, after all everyone expresses themselves differently, and everyone has lines in different patterns.

I’m pleased I dipped a toe into the aesthetics arena.  As a society, we heap praise on older women who don’t look older, but who also don’t seem to have had work done. Therein lies the secret shame- admitting that you do anything to mitigate its external toll. I don’t want to add to the culture of feminine shame. No one wakes up looking like they do in their cute selfies and I think “ageing gracefully” should mean feeling comfortable in your own skin. Mine now just has fewer wrinkles and lines in it!