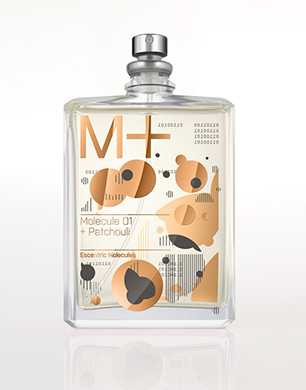 As a Stylist, I know only too well how big a role your scent plays in your own personal style. It’s an integral part of your identity & I feel underdressed, almost naked without mine, hence why I carry one in my bag at all times.

For over a decade now I’ve worn Molecule by Escentrics, when I first discovered it I knew I’d found my forever scent, I’d never smelt anything like it and it had a bigger, more profound effect on me than Body Shop’s White Musk, fro readers under the age of 35, you have to have come of age in the 90s to recall this as it was something of a phenomenon, so much so The Body Shop had re-issued it, but I digress.

Molecule *is* the smell my children associate with me,  I’ve had several men & women follow me out of coffee shops, changing rooms and once at a screening, asking me what my perfume is…once on a shoot, the Make up Artist asked who’d been in the toilet last…I nervously admitted it was me and she demanded to know what my perfume was and where could she procure it.

Such is my loyalty to Molecule that in 10 years, it’s the only perfume I’ve bought from my spiritual home aka Liberty. So when I heard that 3 new Molecule fragrances were to be released; Iris. Patchouli & Mandarin, I knew I had to sample them. And sample them I did… I can confirm the Patchouli is my front runner. I love a musk rather than a floral so this ticks all my boxes. Geza Schoen, Founder, explains : “Patchouli is a unique natural. Unlike 99% of perfume ingredients we associate it with a particular period, with the sixties and seventies and that bohemian spirit. It has a cool, rather aloof woodiness to it. I love it for its moody beauty.

However, I was not prepared for the rush of love I’d feel towards the Iris, I am categorically not a floral kinda gal but this scent is quite something As founder Geza Schoen , explains: “It’s not easy to describe iris’ smell as such, but if you smell a fragrance without it, and then with it, you understand immediately what it does. It adds a creamy powderiness. It brings a physical dimension to a fragrance.

Last but by no means least, the Mandarin, I don’t mind a zesty fragrance and I fully expected this to be my second fave, but as I said the Iris took me by surprise and it is still a big hit with me, quite literally to be honest  as Geza Schoen points out: “Mandarin is all about the instant hit. It’s so alive, the way it radiates off the skin with that citrus zestiness. But there’s more to mandarin, it’s very fruity and aromatic as well. It’s a beautiful ingredient.

Run, don’t walk ladies, they are too good to miss…